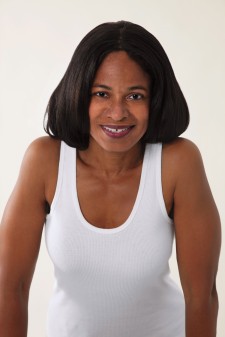 Smart + Strong is pleased to announce the appointment of Kate Ferguson as editor-in-chief of Real Health magazine.

Ferguson brings to Smart + Strong more than 20 years of magazine editorial and media experience along with a deep passion for health, fitness and wellness. Her responsibilities will also include being a senior editor for POZ magazine and POZ.com, Smart + Strong’s award-winning monthly publication and website for the HIV community.

Previously, Ferguson was editor-in-chief of Today’s Black Woman and the managing editor of Black Men magazine. Ferguson supervised the launch of the African-American lifestyle titles in 1995 and 1996, respectively.

A graduate of Hunter College in New York City, with a B.A. in Mass Communications, Ferguson received her M.A. in Broadcast Journalism from the University of Missouri-Columbia.

Real Health magazine delivers information on fitness, diet/nutrition, prevention, treatment, sexual health, relationships and family issues to the African-American community. It has been published quarterly since 2004 and can be found online at RealHealthMag.com.