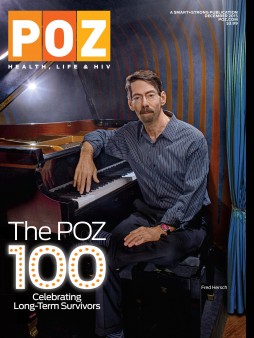 For the sixth annual POZ 100, we turned the spotlight on people who are making a difference in the fight against HIV/AIDS and who have been living with the virus since 1995 or earlier. We chose 1995 because effective treatment came out the following year, and that marked a paradigm shift within the HIV/AIDS community. To have been HIV positive before 1996 means they experienced a different time in the epidemic and they now face the unique challenges of aging with the virus. Below are some of the press mentions it garnered.

Charlie Sheen Luckier Than Most With HIV Thanks to ’Undetectable’ Virus

Charlie Sheen Gives the Public an HIV Drama, But We May Be Too Numb to His Troubles

Charlie Sheen Luckier Than Most With HIV, Because His Virus is ’Undetectable’

I Will Survive: The 2015 POZ 100 Celebrates Long-Term Survivors

Sheen Comes Out as HIV-Positive

By Jeffrey Fleishman and Stephen Battaglio

Californians Thriving With and Leading in the Fight Against HIV

5 People Who Changed the Face of HIV