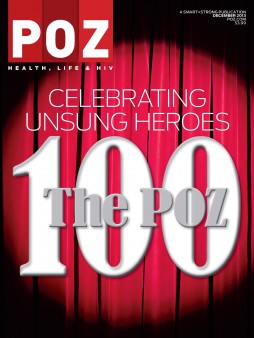 This year’s POZ 100 is made up of 100 HIV-positive unsung heroes from around the country who are committed to ending the epidemic. Below are some of the press mentions it garnered.

The Paramus Post, Paramus, NJ
POZ Magazine Announces “POZ 100” For 2013. For The First Time, Each Individual On The List Is Living With HIV
By Mel Fabrikant
Published November 18, 2013