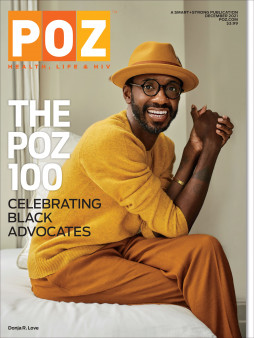 POZ magazine, the award-winning print and online brand for people living with and affected by HIV/AIDS, today announced the annual “POZ 100” list. Launched in 2010, the POZ 100 highlights individuals working to combat HIV/AIDS chosen from nominations by readers. The list has highlighted groups such as long-term survivors, youth, women and transgender people.

Our 2021 list focuses on Black advocates from across the United States, both living with HIV and HIV negative. HIV disproportionately affects African Americans. According to the U.S. Centers for Disease Control and Prevention, Black people account for 42% of all new HIV diagnoses, although they make up only 13% of the U.S. population. If current trends do not change, it is estimated that one in two gay Black men will test HIV positive in their lifetime.

“Although COVID-19 made us pause our annual POZ 100 list in 2020, we are excited to relaunch it,” said Oriol Gutierrez, POZ’s editor-in-chief. “We strove to create a varied list that includes everyone from everyday folks to celebrities,” Gutierrez continued.