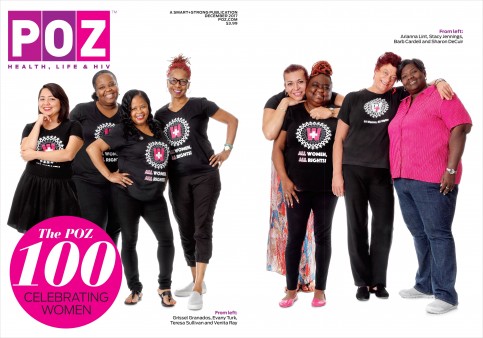 This year, POZ focused on women, both living with the virus and those who are HIV negative, from across the United States. Women represent about a quarter of people living with HIV nationwide.

“The idea that HIV affects only gay and bisexual men is clearly a myth,” said Oriol Gutierrez, POZ’s editor-in-chief. “However, because of this long-standing myth, women are often ignored or dismissed as an afterthought in the larger discussions surrounding HIV/AIDS,” Gutierrez continued.

“We are proud to spotlight the contributions of women in the fight against HIV/AIDS,” Gutierrez said. “We are especially pleased to celebrate women in 2017, since women’s issues are so front and center in this year’s national dialogue,” concluded Gutierrez.