© 2021 Smart + Strong. All Rights Reserved. Terms of use and Your privacy. Smart + Strong® is a registered trademark of CDM Publishing, LLC.

WASHINGTON, D.C. – On National HIV Testing Day, June 27, 2008, the National Association of People with AIDS (NAPWA) will honor Humberto Cruz with the Positive Leadership Award for outstanding dedication to African American communities in the state of New York at the “25 Years of Positive Leadership” reception in New York City. Humberto Cruz is a longtime public health leader. As the head of the New York State AIDS Institute, Humberto Cruz has been instrumental in supporting and launching vital HIV/AIDS services and initiatives to people most impacted by the disease, including African Americans, Latinos, gay and bisexual men, people with histories of substance abuse, and at-risk women. He has worked diligently and intricately to ensure that people living with HIV/AIDS have access to care and treatment with his support of the AIDS Drug Assistance Program (ADAP). Arthur Webb, President and CEO of Village Care of New York, congratulates Humberto on his accomplishments: “Congratulations. I have known Humberto for close to 18 years and I have always been impressed with his passion and commitment for doing the right thing and his ability to take good ideas and put them into good practice.”

POZ magazine remains one of the most trusted voices in HIV/AIDS. Covering social, medical, political, and personal issues, POZ magazine has grown into a major media force—reaching over half of people living with HIV and their service providers. NAPWA is proud to recognize the impact of POZ magazine in informing, educating, and motivating people living with HIV/AIDS domestically and worldwide. NAPWA will honor Regan Hoffman, Editor-in-Chief of POZ magazine with the Positive Leadership Award for exceptional service to the HIV/AIDS community.

“POZ magazine and Humberto Cruz represent leaders in the AIDS community. Both have served to actively reinvigorate and shape the future of the HIV/AIDS movement in America. NAPWA is proud to honor both recipients this year,” says NAPWA President and CEO Frank J. Oldham, Jr.

During the reception, NAPWA will also honor AIDS activist and pioneer Dr. Gabriel Torres, who worked diligently to fight AIDS and sacrificed years of service as the Director of St. Vincent’s Hospital in Manhattan. Dr. Torres will receive the Positive Leadership and Lifetime Achievement Award to recognize a legacy of leadership in the HIV/AIDS crisis. 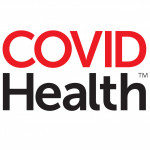