The Gerontological Society of America (GSA) and Journalists Network on Generations are welcoming 14 distinguished reporters for the next cohort of the Journalists in Aging Fellows Program, now in its 10th year.

They represent a wide range of general audience, ethnic, and community media outlets, including public radio and television affiliates, daily newspapers, and national publications. This year’s group brings the program’s total number of participating reporters to 170. The new fellows were chosen -- by a panel of gerontological and editorial professionals -- based on their proposals for an in-depth aging-focused story or series.

These projects, to be produced in 2020, span such concerns as cultural challenges in the U.S. for older Arab, Indian, and Latino immigrants; health issues for African American and other long-held prisoners on reentry to the community; continuing struggles of low-income older Puerto Ricans in the wake of the 2017 hurricanes; increasing homelessness among older adults in Cape Cod; challenges to ageist stereotypes; and the crisis of loneliness and isolation.

The participating journalists will convene during GSA’s 2019 Annual Scientific Meeting -- scheduled for November 13 to 17 in Austin, Texas -- where they will have access to the latest aging research and approximately 4,000 expert attendees. The fellows program is supported by funding from The Silver Century Foundation, The Retirement Research Foundation, The Commonwealth Fund, and The John A. Hartford Foundation.

“This program is unique in that it not only provides its participants with a first-rate educational overview of trends and new developments in the field, it does so at the country’s largest gathering of researchers on aging,” said Todd Kluss, GSA’s director of communications. “We congratulate the new fellows and their outlets on demonstrating a commitment to serving their communities with fact-based, topical stories on the experiences of people as we age.”

Kluss co-directs the Journalists in Aging Fellows Program together with Paul Kleyman, the founder and national coordinator of the program’s media partner, the Journalists Network on Generations.

“While much of the media continues catering to youth markets, our fellowship program has helped inform the public of the twin stories of aging in America,” Kleyman said. “At this time when we face a looming retirement crisis for elders and their families, our rapidly aging population also offers tremendous contributions to communities and the economy, contributions still to be fully tapped.”

In Austin, the fellows also will participate in a daylong educational workshop, where researchers will discuss new trends and provide insight on key issues facing Americans as they age. Continuing fellowship grants also are being provided to allow six previous fellows to participate in the meeting. A continuously updated list of nearly 700 stories generated by the program’s alumni is available at www.geron.org/journalistfellows.

Mayra Acevedo (WIPR-TV Puerto Rico)
Project: Four-part, Spanish language series (captioned in English), plus a half-hour special, on how nonprofits are helping impoverished older Puerto Ricans, many ineligible for benefits because they own homes --including those damaged by 2017’s Hurricanes Irma and Maria.

Tina Antolini (KQED Public Radio’s “California Report”)
Project: As part of a documentary series on ageism, an examination of how a group of nuns challenge traditional notions of “successful aging” while living long, meaningful lives interdependently.

Agustin Duran (La Opinión, Southern California)
Project: Three-part series on a retirement challenges for Latinos in Southern California, such as undocumented status, lack of health insurance, being eligible for only small Social Security benefits, and homelessness.

Cecilia Hernandez-Cromwell (Telemundo Noticiero Oklahoma)
Project: Three-part series on the physical and emotional effects of undocumented immigrants’ journey to the U.S., far from home and family; the impact of stress and injuries over years of heavy labor without health insurance; and the toll on caregivers. 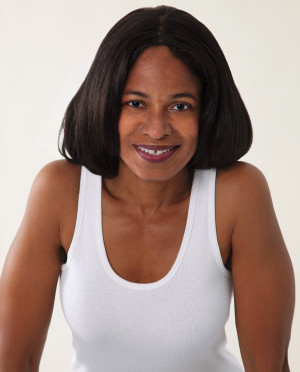 Kate Ferguson (Real Health Magazine)
Project: “Aging in Place: Today’s Prison Population,” a two-part series in print and online on health and mental health issues for older prisoners reentering communities and their families, with a focus on model approaches by progressive law-enforcement agencies.

Katherine Ellen Foley (Quartz)
Project: How researchers can better meet the needs minority older adults, a group historically excluded from clinical dementia research despite their higher-than-average rates of dementia, and the fact that Alzheimer’s disease may manifest differently in people of color.

Jon Kelvey (The Carroll County Times, Maryland)
Project: An investigation of how the true cost of living, both for prime-age wage earners and those in long-term care, calls for a more realistic living wage threshold -- one that reflects what people need to be earning to ensure independence in old age in today’s reality of wage stagnation and rising costs of basic necessities.

Cynthia McCormick (Cape Cod Times, Massachusetts)
Project: Two-part print series package with reporting, sidebars, and profiles, plus a public radio podcast on the disproportionate numbers of older homeless people on Cape Cod and how officials are addressing what is becoming a statewide crisis of housing insecurity for older adults.

Jaya Padmanabhan (India Currents)
Project: “Loneliness and its Linkage to Food for Aging Indian American Immigrants,” underscoring the need for health care services to account for how access to traditional foods affects cultural beliefs and behaviors of older people, particularly in Indian cultures.

Joelle Renstrom (Slate)
Project: A three-part series on the science, practical considerations, and social/ethical implications of radical life extension discoveries, such as emerging “rejuvenation technologies” and how they might promote widening social and cultural rifts.

Luanne Rife (The Roanoke Times, Virginia)
Project: An investigation of whether older Virginians with mental illness or dementia who lack family and funds are receiving appropriate services or are being housed in psychiatric hospitals, despite legal requirements that they be placed in the least-restrictive settings.

The Gerontological Society of America (GSA) is the nation’s oldest and largest interdisciplinary organization devoted to research, education, and practice in the field of aging. The principal mission of the Society -- and its 5,500+ members -- is to advance the study of aging and disseminate information among scientists, decision makers, and the general public. GSA’s structure also includes a policy institute, the National Academy on an Aging Society, and an educational unit, the Academy for Gerontology in Higher Education.

The Journalists Network on Generations, founded in 1993, is based in San Francisco. It links to over 1,000 journalists, authors, and producers on issues in aging, and publishes Generations Beat Online News (GBONews.org).